Lepidoptera:  A Dotted Border was on the green building in ACP car park. 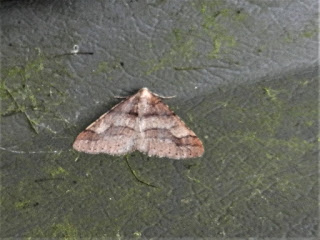