50 Fieldfares and 24 Feral Pigeons  were in the south west field.

We continued strolling around the Res. and as we reached the south east corner,

with a female Tufted Duck  close to the bank at 11.40hrs.

Over the next hour, it swam around with various groups of Tufted  Ducks,

but Pete noted  that it wasn't  feeding.

At 12.45hrs it flew over to Cold Hiendley Res. with four Tufted  drakes,

where it began feeding.   It was still there at dusk!

There was a HUGE  Gull roost tonight!

Most birds were on Wintersett Res, with 4,700 Herring Gulls,   374 Great Black-backed Gulls, 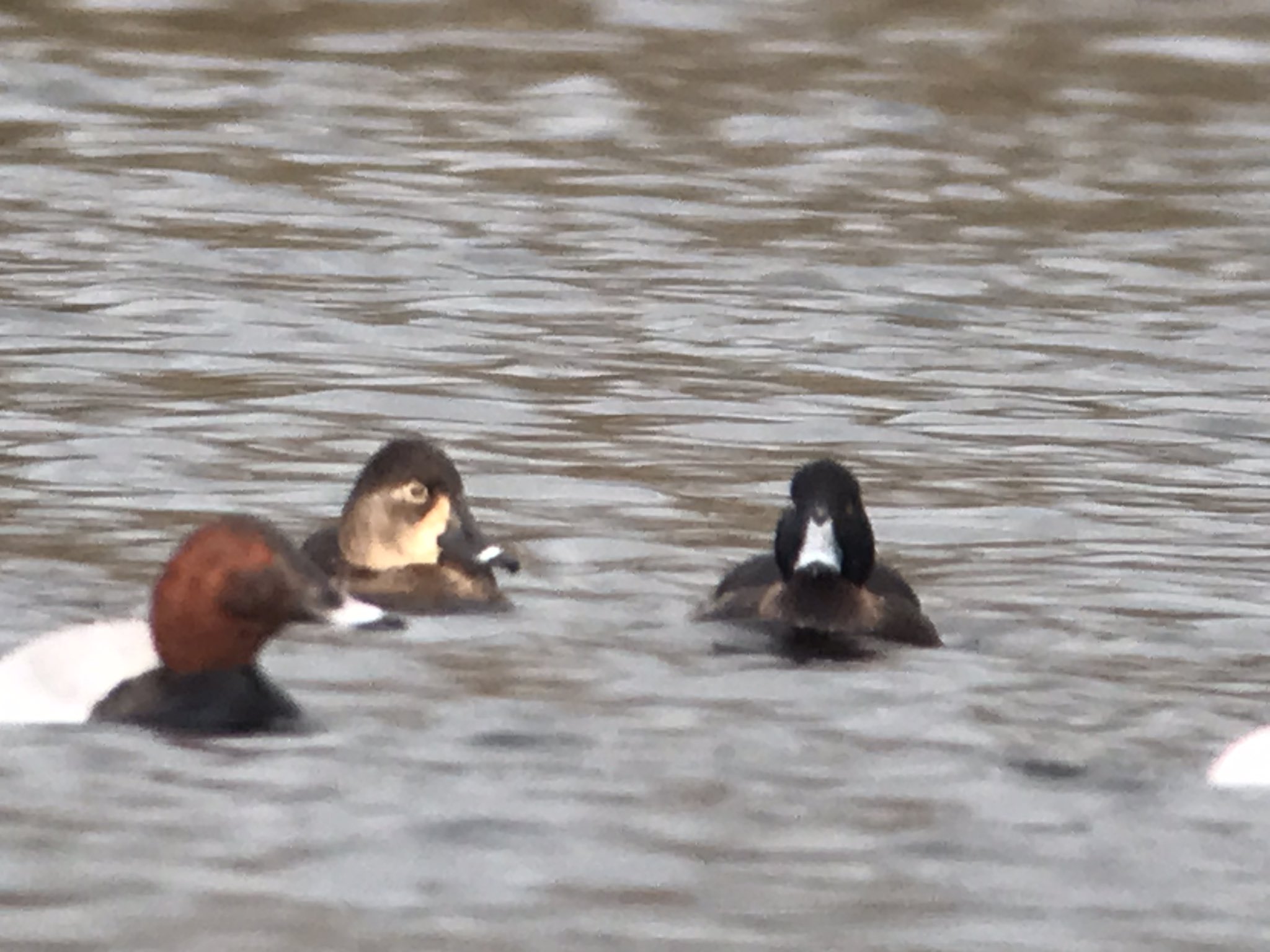 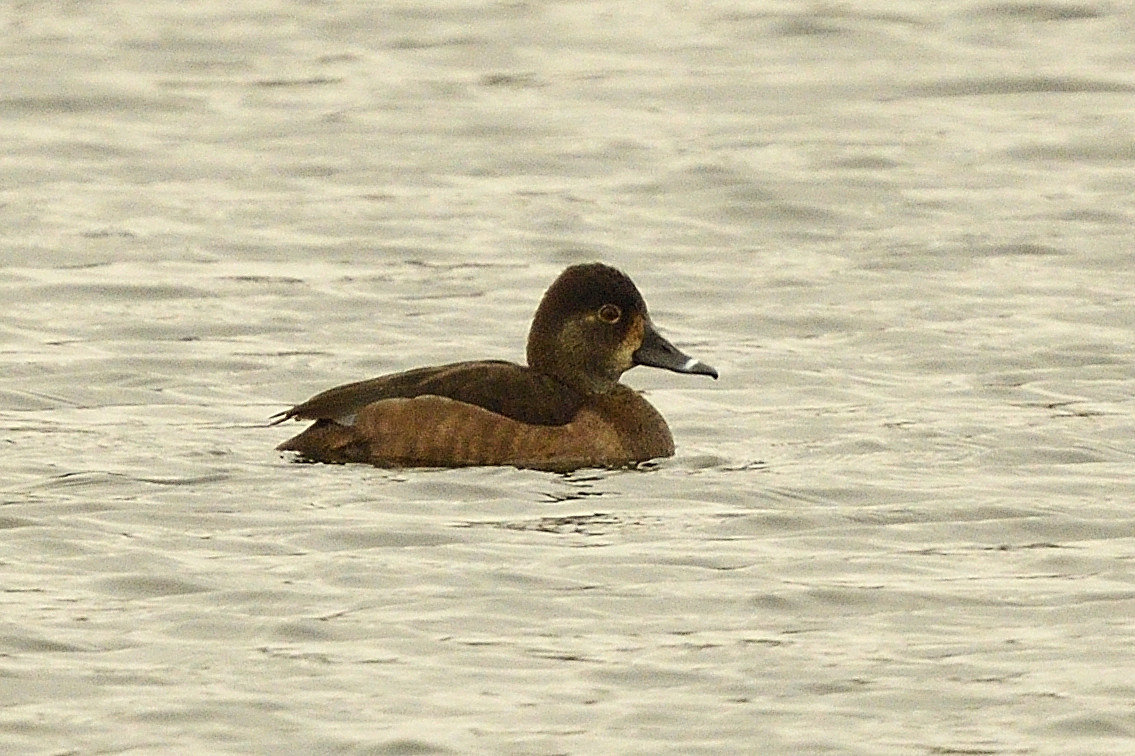