A Green Sandpiper landed on a puddle in the car park early at 07.40hrs, then left west!

A Little Egret flew over north west at 08.00hrs.

57 birds were ringed this morning at Wintersett.

A Great Crested Grebe family came into the shallows for breakfast.  Plenty of small fish for young Grebes learning to find their own food.

A juv. Buzzard called and a Juv. Grey Wagtail flew over the hide.

Insects included the Silver Washed Fritillary near the top of the steps on the embankment resting on Alder and Hawthorn leaves in the cool conditions of mid-day.

2 male Southern Hawkers were patrolling their territories on the embankment (CG).

An Eclipse drake Garganey swam into shallows at 17.00hrs. 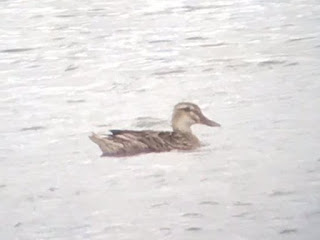 An Essex Skipper was on the east bank Anglers CP.

A Small Copper  and a Small Skipper were in the east bank meadow Anglers CP. 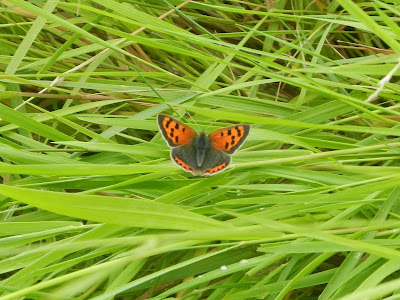 Our wildlife group was busy staining the infrastructure around the hide and cutting the grass around the car park this morning.

Meantime Les & Andrew Corrall took a walk round and saw little change in the birds and butterflies on show except for a second brood Holly Blue.

Then out of the blue, Andrew saw what he thought was a Comma that turned out to be a magnificent male Silver Washed Fritillary flying around the tops of Hawthorns, flanked by Cherry, Beech, Sycamore and Alder, before it came down to feed on Greater Knapweed. No one else managed to see it, as soon after, the rain came down.
This was a first for this site and the first new butterfly species since the Dark Green Fritillary in July 2010, which was also found by Les and the late Ralph Hibbert. 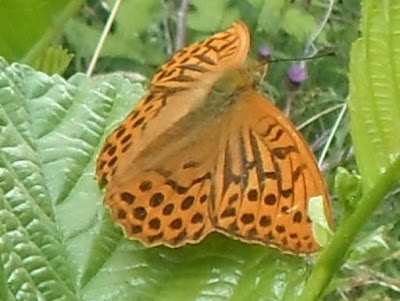 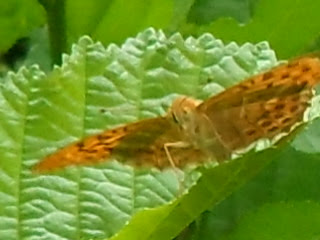 The underside (Les Corrall)
Posted by Cliff Gorman at Wednesday, July 28, 2021 No comments:

A Ringlet was on the north west bank,  Wintersett Res..

2 Red-eyed Damselflies were on lily pads on Botany Bay.

26 birds ringed this morning included 11 Reed Warblers, 3 Blackcaps, 3 Robins and 3 Sedge Warblers. A Controlled adult Sedge Warbler was ringed at Wintersett Res. on 8/8/20 as a juvenile. My thanks to Pete Smith for this information. 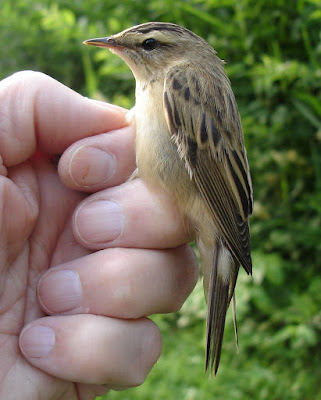 During the morning a Green Woodpecker called along with a Willow Tit (near the ringing rides SE3709) and a Coal Tit. A peregrine flew over and a LBB Gull had a green darvic ring too distant to see. (JP)

An Early Moth was resting on a leaf, a Cinnabar larva was feeding and a male Vapourer Moth was flying.

4 Peregrines were seen over the Newtown, Cudworth estate in the afternoon (D. Standish).

A Kingfisher was on the shallows.

Today's highlights were, Green Sandpiper that circled the scrape before leaving and a Grasshopper Warbler that sang in the meadow south of the wader scrape. Also of note Coal Tit, Goldcrest, 3 Song Thrush (2 Juvs), 19 Herring Gulls and 32 LBB Gulls.

A juvenile Peregrine gave the gulls some grief this morning.   Follow link to see video. 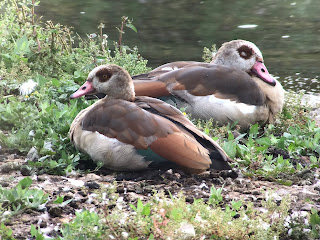 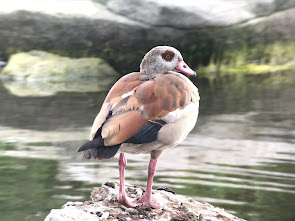 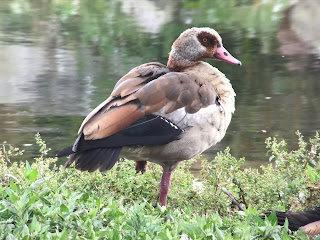 A Ringlet was on the west bank Wintersett Res.

A  Red-eyed Damselfly male was on Botany Bay Lilies.

A Four spotted Chaser  was on the east bank Wintersett Res.

Here is the Wintersett WeBS count for July 2021.

A Redshank flew over.  Goldeneye 5 females.

A Grey Wagtail was on lower spillway.

61 Birds were ringed at Wintersett this morning,

Tufted Ducklings 4 small with no female. 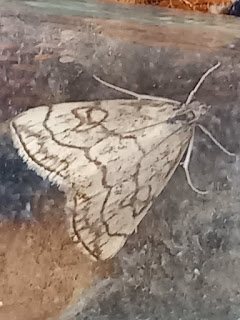 A Ringlet, a Small Skipper and a Large Skipper were seen at Anglers CP.