A Whitethroat was on the east bank.

A Hobby and a Tawny Owl were hunting at dusk.

Many thanks to Mike Denton who identifed and confirmed this is a nymph of Palomena prasina or Common  Green Shield Bug.  The vestigial wing cases make it a nymph - an adult would have the  wingcases extending along the abdomen and they would  overlap.  On a beetle the wing cases join in a straight line - a feature that is very noticeable on ladybirds. 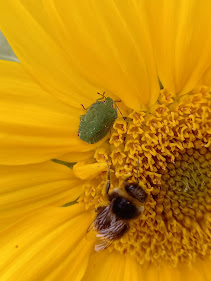 on the edge of Pits Wood, Station Road -  Pete Smith

We are sad to hear that Lester Young passed away on the 21st July 2021
He was a regular visitor to the Wintersett Area
with a particular passion for watching Bitterns during the winter.
For the last few years he has been following the breeding antics of Bitterns at Fairburn. 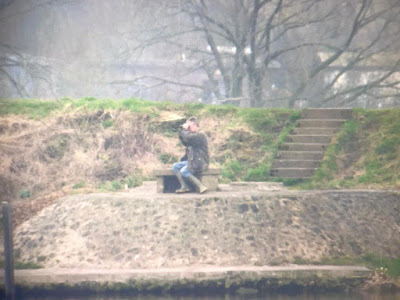 Lester Young on the Dam Wall at Wintersett Reservoir  S.Denny
Posted by ASmith at Monday, August 30, 2021 No comments:

A Little Egret was in this morning but left south east.  3 Little Egrets were in this evening.

The cropped clump field had circa 30 Linnets and the  Ruin field held circa 60 Goldfinch.

A Green-veined White was on the north bank Wintersett Res..

On 19/08/2021  @GeorgieWightman found a small snail - Lauria cylindracea, on Birds-foot trefoil, at Anglers CP.   There are four surveys of Mollusca that we are aware of, and this species has not been recorded previously.   Congratulations Georgie, it's another first for you!! 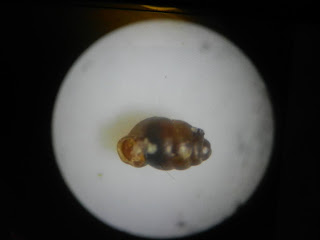 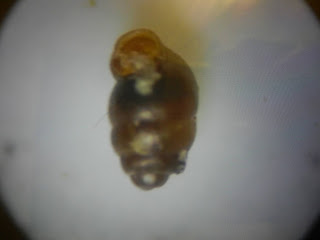 Over recent days the Canada Goose and Greylag flock has increased to around 400, feeding on stubble nearby. A Little Egret was present along with a Kingfisher (JP)

A LBB Gull with a green darvic ring that visited the wader scrape on 26th July was almost certainly the dutch ringed bird seen later at Adwick in the Dearne Valley.

An Elephant Hawk Moth larva was found on the embankment (Dave Standish).

41 birds were ringed this morning.

9 Blackcap, 1 Linnet and a Sparrowhawk.