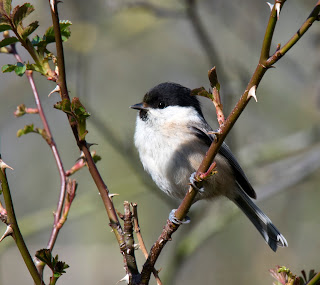 Any Willow Tit records this year please put them on here or onto BBSG Twitter as you did last year. A coordinated survey again this spring in the Dearne NIA but any records from within the Barnsley Recording Area very valuable to build a picture of what is happening with the population. As we know, Barnsley was once the stronghold of this species Nationally but this is now changing. The BBSG Atlas found 80 territories (2006-2011) but the population is dropping east of the M1 motorway. Birders last year contributed to 18 territories east of the M1 and 16 west of the M1. It appears the population west of the M1 remains near-consistent since the Atlas.