An Orange Underwing moth was flying in the sun at mid-day.

On the Bittern Watch 25 Fieldfare and 2 Redwings came in to roost. Three of us spaced ourselves along the embankment to try and see where the Bittern would come from. Just when we thought it wasn't going to show for the second night, it suddenly appeared high over the scrape where Dave Standish and Richard Laverack were. From there it flew down to me, I was waiting at the southern end of the marsh at the Whin Pool. I could see it as it flew well above tree-top height calling and circling, before it was lost in the darkness, so what direction it left, I don't know. Magic! We believe that its a bird from the continent that has gone back home. 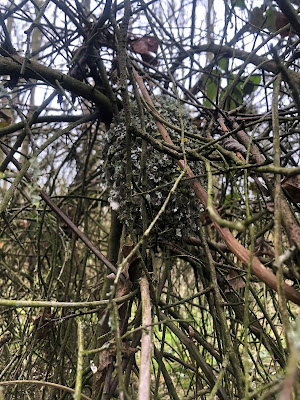