After an apparent absence for the past two nights of the Bittern, one came in from a southerly direction into one of its favourite reed beds in the scrape at 17.56hrs. It was last seen at 18.15hrs after it had made the short flight to its usual roost site (Dave Smith/Dave Standish).

Also of note a LBB Gull, 2 Sparrowhawks, c50 Redwing and c50 Fieldfare came in to roost and a Cetti's Warbler sang. The Tawny Owls were calling and 6 Snipe left as it got dark. 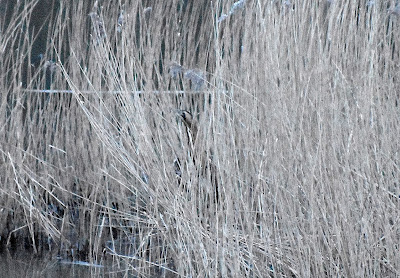