A gloomy morning weather wise was improved by a Barn Owl seen on arrival at 6.50am. It flew up the res overflow, resting on a few perches, before flying into the woods on the southern side. Patch tick for me.
Other highlights were c230 Linnet roaming in the area with 184 counted on wires at one point. c600 Greylag Geese left NE from (presumably) Langsett Res roost in several groups and c1200 Black-headed Gulls left from the res also NE.
38 Teal and 9 Tufted Duck were on the res with only 3 Little Grebe. A Peregrine flew south towards the moors and a Snipe flew west giving one call. c50 House Martin, 3 Swallows and 3 Chiffchaff remain in the area and 2 Ravens could be seen on the moors to the south. 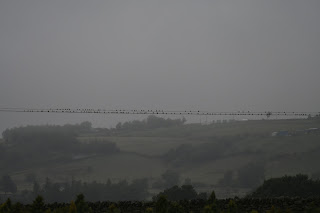 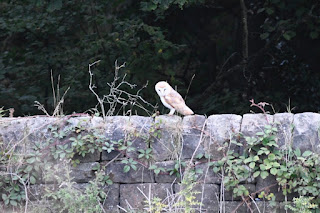 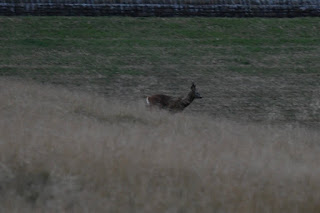