An Osprey was perched on a telegraph pole near the entrance to Wharncliffe Res at 7.35am for 5 minutes before leaving towards Howbrook. Is this the same bird that was at Howbrook Res a week ago and also reported over the weekend from Ecclesfield Pond?

A Snipe called as it flew NW and around 10 Meadow Pipits moved south with 4 Swallows in the area.

There was no sign of the Osprey mid-afternoon but c150 Linnets were in the same area and a Kestrel made a successful catch. In fields at nearby Bromley their were c150 Meadow Pipits in two separate groups. 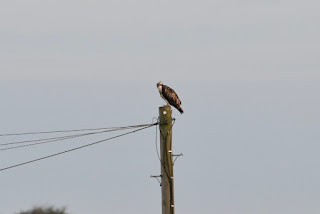 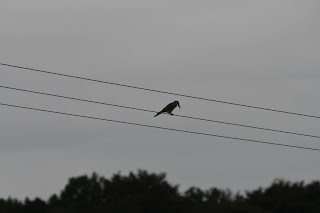 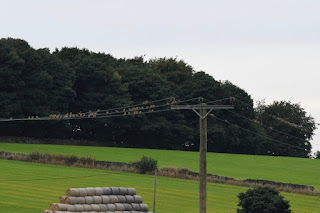 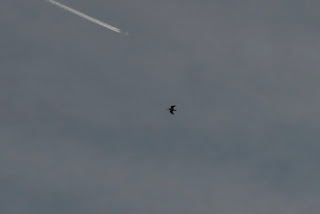